Romania’s forests under mounting threat — along with rangers 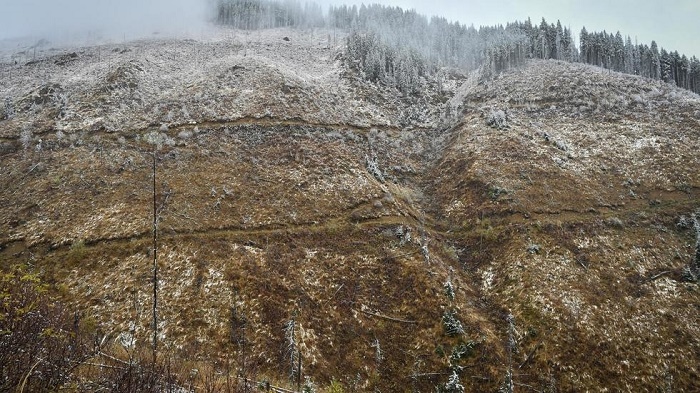 Like thick wrinkles, a multitude of dirt roads cut through barren slopes in Romania’s mountainous Valea Rea region, showing the impact of aggressive illegal logging — which is not just threatening its rare forests but human life too.

In a recent escalation of violence, two rangers were killed within a month of each other in different parts of the country while trying to stop alleged timber thieves.

The latest tragedies have brought thousands of Romanians, including hundreds of rangers, into the streets to demand the government does more to protect the forests and their guardians.

Environmental groups say Romania’s woodlands, home to some of the last virgin forests in Europe and diverse wildlife species, are under threat. Greenpeace estimates that up to 20 million cubic metres of wood (700 million cubic feet) are illegally harvested each year.

Dominated by the Austrian company Holzindustrie Schweighofer, the timber sector is estimated to be worth more than six billion euros ($6.6 billion) in the EU member country, where forests cover some seven million hectares (17,300 acres), or almost a third of the country.

But logging has disfigured many mountains and foothills, and rangers face threats and violence.

In October, a 30-year-old ranger in Maramures county in northern Romania was found dead with a bullet wound in his back, shortly after the father-of- three made a phone call to say he caught three people illegally cutting trees.

A month earlier, his 50-year-old colleague from Iasi county in the northeast was beaten to death with an axe. A 17-year-old has been arrested for murder.

Romsilva, the state company that manages the public forests, says 185 rangers have been hurt since 2014.

A dozen rangers interviewed by AFP say they have been beaten, chased or threatened while on duty at least once.

“It’s a very dangerous job, especially given the fact that I have to monitor a thousand hectares alone,” says Valentin Dirig, 43, who has been guarding the forests in Neamt in the northwest for 15 years.

Marinel Ivanescu, a ranger from Teleorman county in the south, denounces “overlapping interests” between local authorities and loggers in a country

Forest sector crime generates up to 152 billion dollars a year globally, ranking fourth in terms of profitability after drug trafficking, counterfeiting and human trafficking, according to Sasha Braun of Interpol.

In Eastern Europe “the ancient forests that shelter many species of animals and plants are under strong pressure from organised crime groups,” Braun told a seminar hosted by the World Wildlife Fund (WWF) in Bucharest in late October.

A report by Romania’s Court of Auditors estimated in 2015 that 80 million cubic metres of timber worth $5 billion were illegally cut between 1990 and 2012.

Authorities insist that after legislation was tightened in 2015, limiting the amount of wood that companies can log and allowing the gendarmerie to check trucks carrying timber, the phenomenon is now under control.

Holzindustrie Schweighofer, the Austrian company that works with smaller Romanian timber suppliers, was investigated after a 2018 NGO report accused it of disregarding the wood’s origins, leading to police raids on its sites.

– ‘Deforestation out of control’ –

Private land ownership accounts for about half of all forests.

“The problem is with the private landowners who bought or recovered forests after the fall of the communist regime and think they can do whatever they want,” ranger Dirig says.

In 2015, the government commissioned expert Gheorghe Marin to carry out a forest inventory.

Authorities have disputed the number. Marin told AFP that the inventory was suspended and that his contract was not extended.

Greenpeace also accuses the environment ministry of delaying the implementation of a national system to track wood transport, which would use satellite images and CCTV to monitor the forests and the trucks leaving it.

“Just look at the number of trucks carrying wood to understand that deforestation is out of control,” says Romania’s Greenpeace spokesman Cristian Neagoe says.

Radu Melu of the WWF says some companies use the same document, authorizing one timber transport, for two different transports out of the forests.

He says three private owners have been under investigation for several years over the barren slopes.

“It doesn’t matter if they are convicted or not,” he says. “I want them to be obliged to reforest the mountains.”