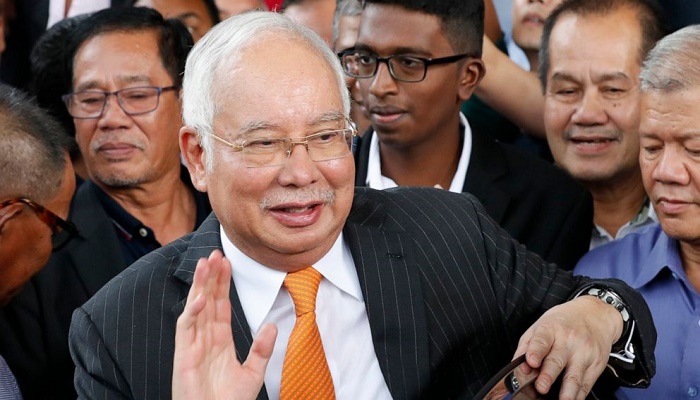 Prosecutors said  Najib had tampered with a government audit of the 1MDB state investment fund in a bid to avoid civil and criminal proceedings.

Najib, 66, faces multiple corruption charges linked to the looting of the 1MDB fund, a scandal that contributed to his election defeat last year.

Prosecutor Gopal Sri Ram said Najib was the "supreme power" in 1MDB and had sought to cover up his tracks when the scandal first broke out in public in mid-2015.

Sri Ram said his team will show how Najib had abused his power to alter or remove material information from the Auditor-General’s report on 1MDB before it was presented to the Public Accounts Committee in parliament.

Najib denies any wrongdoing and accuses Malaysia’s new government of seeking political vengeance. The former leader, whose father and uncles were the country’s second