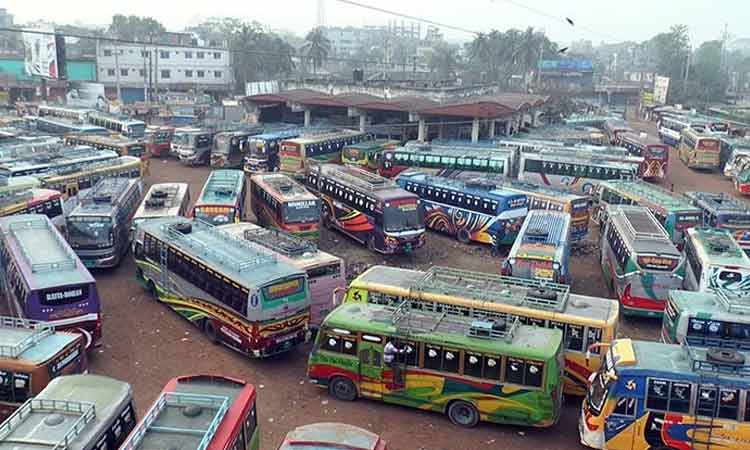 Thousands of passengers on the Khulna to Gopalganj, Barishal, Madaripur and Muksudpur routes suffered immensely for the lack of transportation.

President of the Khulna Motor Sramik Union Md Nurul Islam Bebi said, “The transport workers suspended buses and minibuses on the routes demanding reformation of the newly enacted Road Transportation Act. Some provisions of the act should be amended on emergency basis. They have halted bus service from Monday morning as the government has not taken any step in this regard.”

The ‘transport strike’ started a day after Road Transport and Bridges Minister Obaidul Quader declared the enforcement of the new Road Transport Act 2018.

Earlier on Sunday, Quader urged the transport owners and workers to follow the law.

Although, the act was scheduled to come into effect on November 1, the government halted its full execution, saying that transport workers, including people, lacked awareness about the tough law.