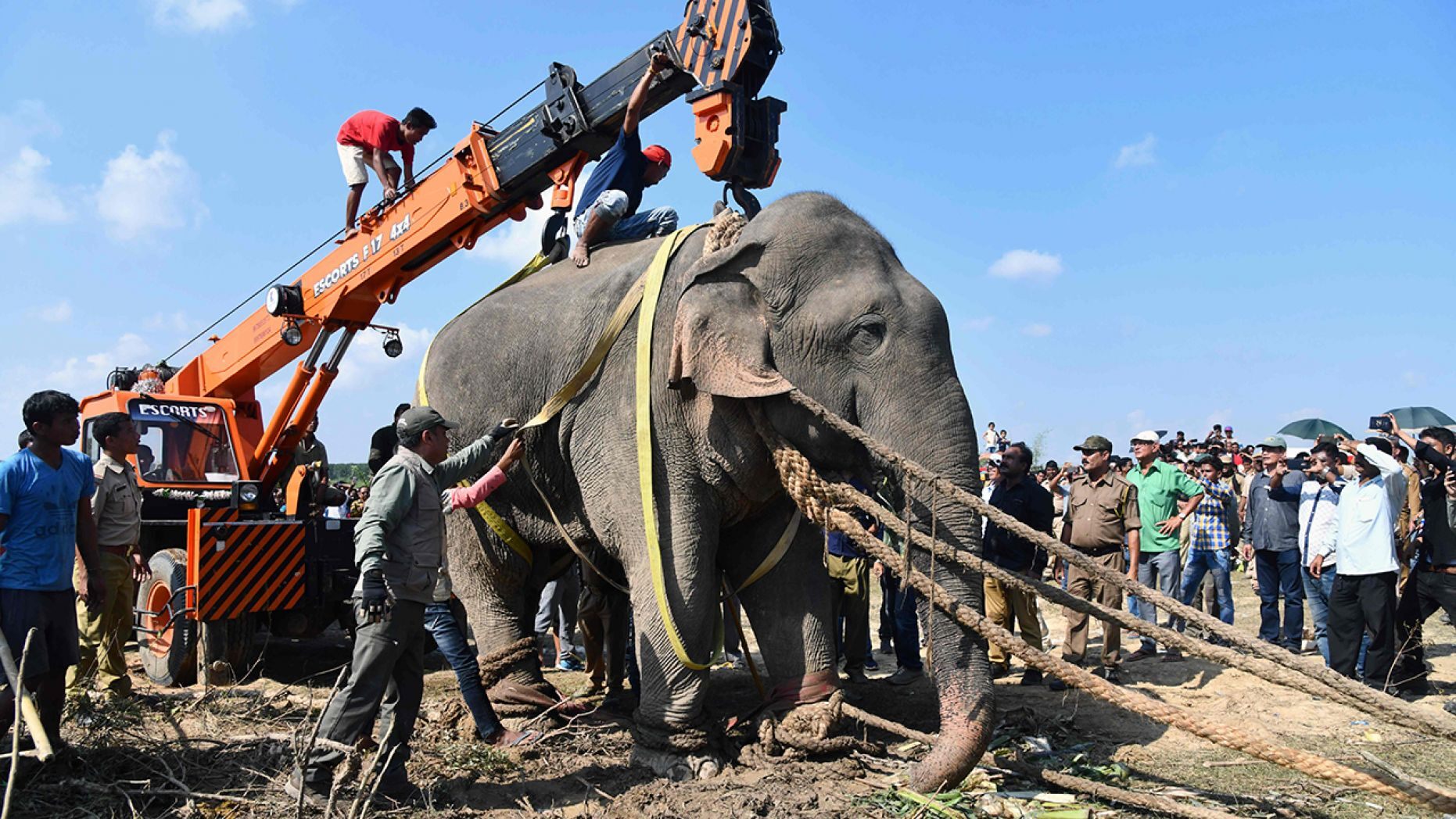 An elephant named Usama bin Laden, after the 9/11 mastermind and former leader of Al Qaeda, has died in captivity, days after he was captured for killing five villagers in India last month, officials said.

The male elephant was tracked since October for apparently killing five people in the Indian state of Assam. On Monday, forestry officials found him and tranquilized him, taking him into captivity.

The mammal, nicknamed "Laden," was apparently supposed to be moved to Assam's Orang National Park, but died on Sunday before that happened, Agence France-Presse reported.

An elephant nicknamed Usama bin Laden and captured less than a week ago after it killed five villagers in India in October died on Sunday, officials said.

"The animal was behaving as normal," a park ranger told AFP. "It was, however, kept with its legs tied so that it couldn't escape."

A cause of death wasn't immediately clear. The elephant was believed to be around 35 years old, an age said to be too old for captivity.

An estimated 2,300 people have been killed by elephants in the last five years in India, AFP reported, citing recently-released government figures.

Elephants often migrate to Goalpara, where the attack occurred, according to officials, who have said that at least 700 elephants have been killed since 2011, partly because of their shrinking habitats. Locals reportedly shoot or poison elephants, while others have died on electric fences or on railroads.