Gotabaya Rajapaksa to be sworn in as Sri Lanka president today 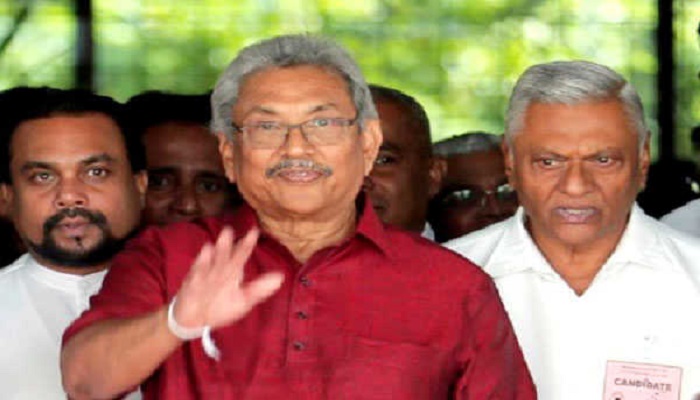 Gotabaya will take oaths as the 7th President of the Democratic Socialist Republic of Sri Lanka.

Rajapaksa has won a presidential election on Sunday that has split the country along ethnic lines.

Mr Rajapaksa was the clear victor in Sinhalese majority areas while Mr Premadasa scored better in the Tamil-dominated north.

The election is Sri Lanka's first since the deadly Easter Sunday attacks.

Mr Rajapaksa, who has positioned himself as a strong figure who can assure Sri Lankans' security, is a highly controversial figure among the country's more than two million Tamils.

He and his brother Mahinda Rajapaksa, the former president, spearheaded the defeat of separatist Tamil Tiger rebels in 2009, ending a decades-long war in which at least 100,000 people died.