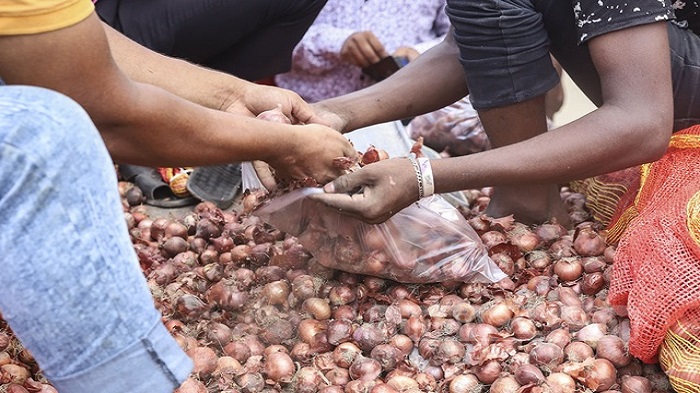 The Office of Chunarughat Upazila Nirbahi Officer (UNO) in Habiganj has cautioned businessmen with tough action if they sell onion at any price exceeding Tk 55 per kilogramme in the area under its jurisdiction.

Chunarughat UNO and assistant commissioner (AC-Land) Nusrat Fatima Shoshee made the warning before local business leaders on Saturday night after she conducted a mobile court drive at Chunarughat Bazar area of the upazila.

The mobile court, led by the UNO, fined Tk 1 lakh to Swapon Star, a cold storage, for selling onion violating the rate fixed by the government.

Besides, the court also sealed off two cold storages for hoarding huge amount of onion illegally.

Urging the local businessmen to keep the onion price stable Nusrat Fatima Shoshee said, “Traders in the upazila must sell onion at Tk 55 fixed by the government. If anyone increases the price by manipulating onion market, he or she will have to face stern action.”

All shops must preserve the purchase receipt while selling the onions, she added.