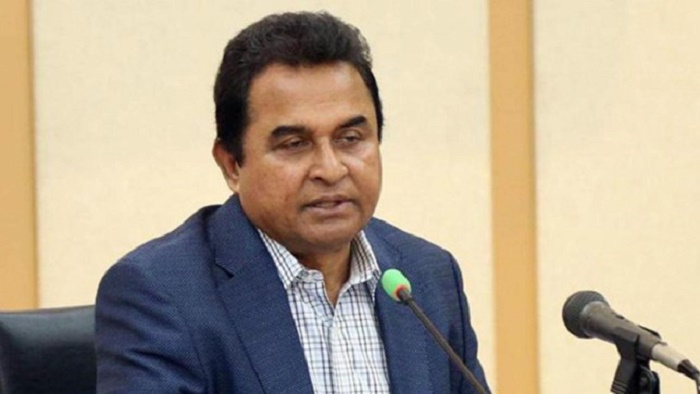 “We want to live in a peaceful world. Money laundering is a serious threat. I request the world community, let us join hands together, let us formulate a plan together to prevent money laundering as it is the right moment,” he said.

The minister was speaking as the chief guest at a seminar on the “National Strategy for Prevention of Money Laundering and Combating Financing of Terrorism 2019-2021” at Hotel Intercontinental in the city.

For various reasons, Mustafa Kamal said, Bangladesh is at serious threat for money laundering. “Our government is putting all out efforts considering the threat factors. The whole world has to be united, otherwise the initiative of a particular country will not be effective,” he added.

He urged all to initiate a platform as anyone alone cannot to go far away. “But if you are with us and we are with you and if it is a combined voice, that will be forceful,” he added.

He said the threat is not only for an economy of any country, but it is a threat to the existence of human kind.

The minister said Prime Minister Sheikh Hasina is committed to remove corruption and money laundering from the soil of this country and her government has taken various initiatives, including automation, for preventing money laundering.

Mentioning the money laundering and terrorist financing as a global challenges, Shahriar Alam said, Prime Minister Sheikh Hasina has announced ‘zero tolerance’ against corruption and so, the government has formulated the Money Laundering Prevention Act.

In order to adequately address money laundering and terrorist financing, he emphasised on coordinated effort apart from actions from the government only.

“I believe, proper implementation of international standards and best practices by engaging all relevant stakeholders, including international bodies will help Bangladesh to play leading role within the region and global community in fighting money laundering, terrorist financing and financing proliferation of weapons of mass destruction,” he added. Fazle Kabir said deep coordination among all ministries, agencies and departments will prevent money laundering and terrorist financing.

Razee Hassan said for effective implementation of all strategies for preventing money laundering within the stipulated time, a proper coordination and reporting system to the National Coordination Committee (NCC) and Working Committee by the responsible agencies, inter agency coordination and collective efforts are essential.

Challenges and impediments, as identified in the strategy, are expected to be mitigated efficiently by active support and guidance from the NCC, he added.