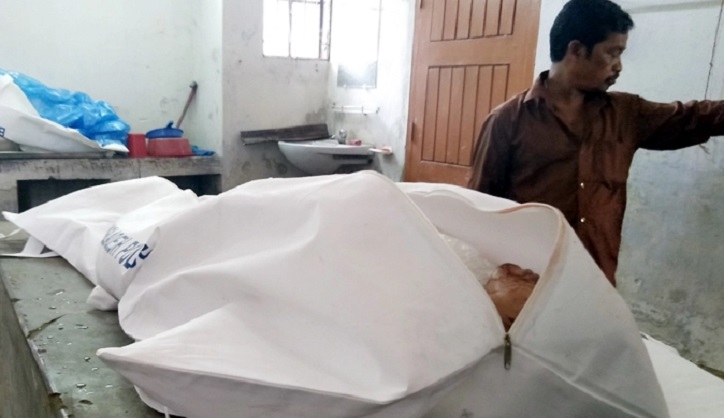 A Chinese worker was killed by his native worker at Payra Thermal Power Plant in Patuakhali on Saturday midnight. Police detained the alleged killer worker.

The victim was identified as Sang Liu Zun, 30, a resident of Hunan province in China.

Officer-in-charge (OC) of Kalapara Police Station said, Sang Liu was critically injured by a machete attack of his native colleague Sang Xiang following a brawl over taking noodles at 9:00 pm on Friday night.

Later he was taken to Kalapara Sadar Hospital. Doctor Md Refayet Hossen said that the victim breathed his last on way to the hospital. The deceased body has a deep scar at his left rib. His clothes were spotted with blood, the doctor added.

Sub-divisional Engineer Pinjur Rahman of the Bangladesh-China Power Generation Company Limited (BCPCL) said, “The workers were residing at the same room. They have been working as Chinese worker at BCPCL for long. They were locked into a quarrel over eating noodles at the night after returning from work. At one stage, Sang Xiang hit Sang Liu at his left rib with a sharp knife (used for cutting fruit).”

The victim’s body has been sent to the Patuakhali Sadar Hospital morgue for autopsy, the OC added.