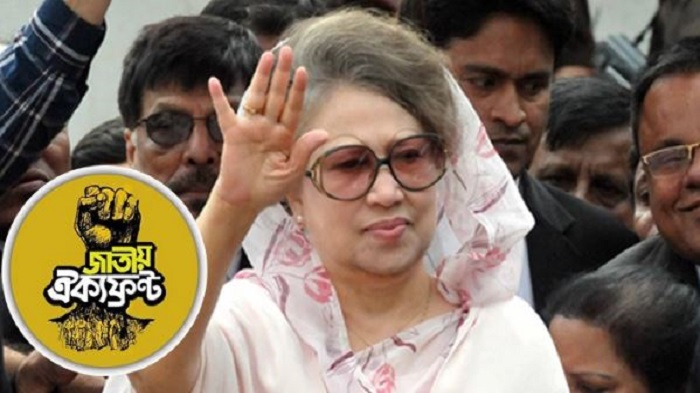 As per the discussion with Home Minister Asaduzzaman Khan during a meeting on October 22, he said they sent the letter mentioning the names of five Oikya Front leaders to the IG Prison to meet the BNP chief in the first phase.

Mintoo said they requested the jail authorities to allow the five leaders to meet Khaleda either on Monday or Tuesday.

He said four-five other Oikya Front leaders will meet the BNP chairperson later in the second phase.

Khaleda has been in jail since she was convicted in Zia Orphanage Trust corruption case in February 8, 2018. She was found guilty in another corruption case later the same year, though her party claims both the cases are 'politically motivated'.