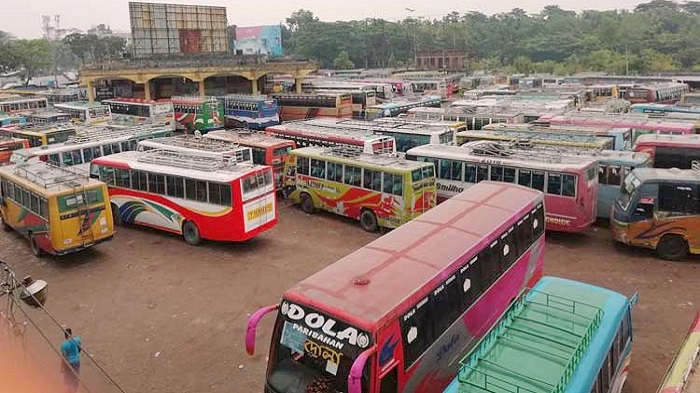 General Secretary of the Bangladesh Paribahan Sangstha Sramik Samity Mortoza Hossain said, “Transport workers have been raising their objection regarding the new road transport act. Some provisions of the act should be amended on emergency basis. Transport workers have halted bus service from Sunday noon as the government has not taken any step in this regard.”

The ‘undeclared transport strike’ started on the day when Road Transport and Bridges Minister Obaidul Quader declared the enforcement of the new Road Transport Act 2018.

Earlier on the same day, Quader urged the transport owners and workers to follow the law.

Although, the act was scheduled to come into effect on November 1, the government halted its full execution, saying that transport workers, including people, lacked awareness about the tough law.