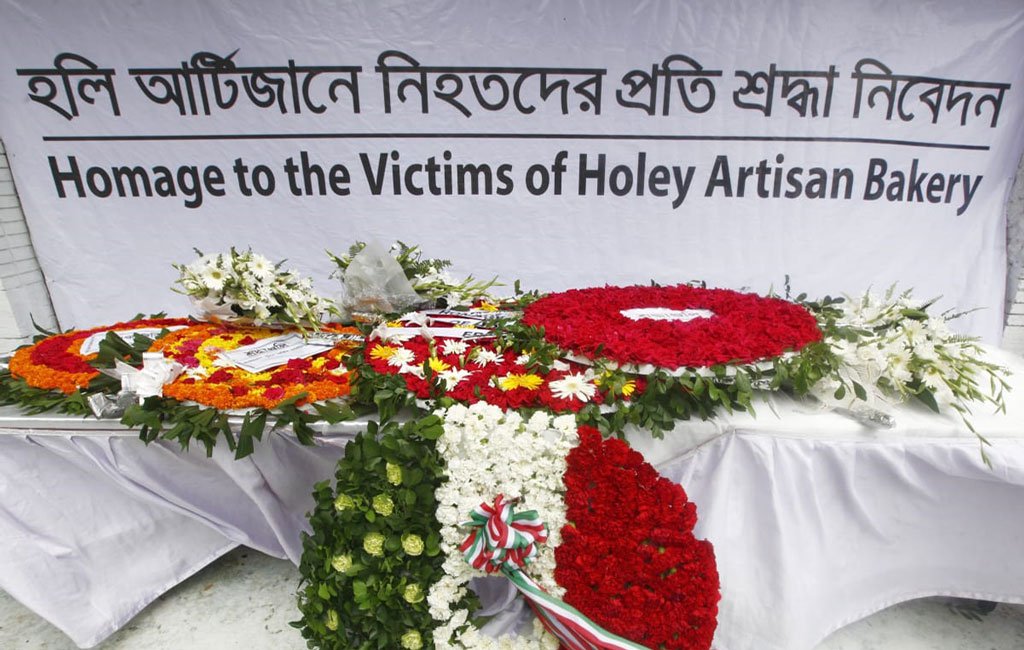 A tribunal in Dhaka on Sunday set November 27 for delivering its verdict in the sensational case over Holey Artisan café attack that claimed  the lives of 22 people, including 17 of foreign nationals.

Judge of the Dhaka Anti-terrorism Special Tribunal Mohammad Mujibur Rahman fixed the date after concluding the law-point argument of the defence counsel.

On July 23, 2018, police pressed charges against eight alleged militants in the case.

On December 3, last year, the trial in the sensational case began formally with the deposition of a prosecution witness, Ripon Kumar Das, before a tribunal.

Of the eight accused, six are now in jail while two others are on the run.

Hasnat Karim, a North South University teacher who was one of the hostages and later detained, was acquitted of the charges since there was no evidence of his complicity with the attack, according to the police.

The terrorist attack that shattered the country and drew global attention, claimed lives of 22 people -- nine Italians, seven Japanese, one Indian, one Bangladeshi-born American and two Bangladeshis along with two police officers -- on July 1 2016.

Twenty-one people were identified to be behind the attack. Among them, 13 were killed in gunfights at different times.