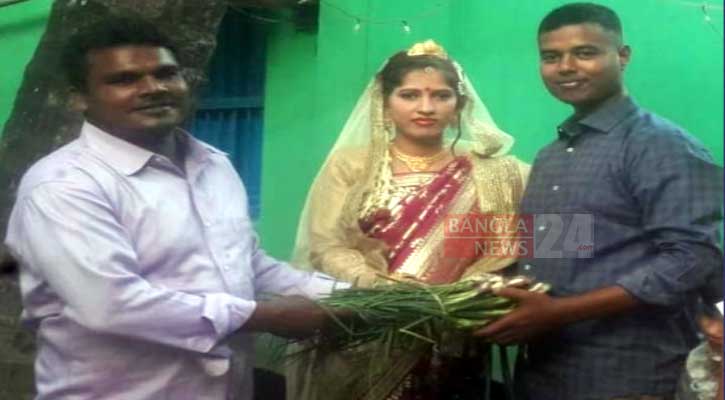 A couple at a marriage ceremony in Dinajpur has received ‘onion leaves’ as the gift at a time when countrymen are frustrated over the unbridled price hike of onions.

The incident took place at Collegepara of Biral upazila of the district on Saturday.

According to media report, Biral municipality ward-4 councillor Hafizur Rahman presented ‘onion leaves’ to the son of Ayub Ali and his daughter-in-law as the wedding gift.

Such a rare incident is now the much-talked-about issue in the upazila.

Mentionable, onion prices across the country hit a record high in the recent times.

Like the capital, the same situation is prevalent in other parts of the country.