50 people hospitalised after having wedding food in Munshiganj 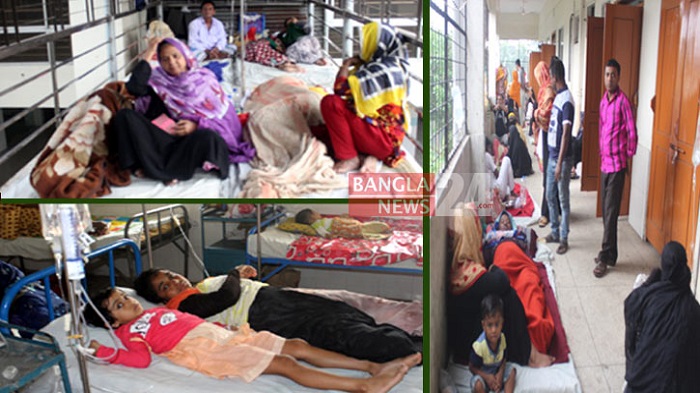 At least 50 persons, including women and children, have been hospitalised as they have fallen sick after having launch at a wedding ceremony at Bageshwar village in Munshiganj Sadar upazila.

They were admitted to Munshiganj General Hospital from Saturday afternoon to Sunday afternoon after they suffered from acute abdominal pain and vomiting after having wedding food.

Among them, a pregnant woman was sent to the Dhaka Medical College and Hospital (DMCH) for better treatment as her condition worsened.

Several hundred people had lunch during the marriage ceremony of Rana Dewan and Rupa Akter of the upazila at Ali Community Centre at Bageshwar.

Duty doctor of the emergency unit of Munshiganj General Hospital Shaibal Basak told media, “Some 50 people have been hospitalised so far in the incident. They are suffering from abdominal pain and vomiting, perhaps caused by food poisoning.”