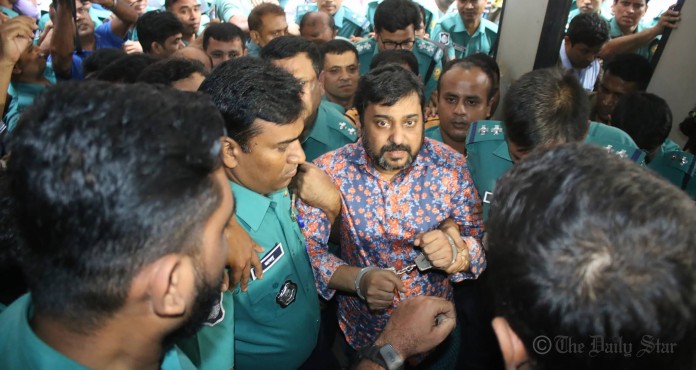 Dhaka Metropolitan Session Judge KM Imrul Kayes passed the order after Jahangir Hossain, a deputy director of Anti-Corruption Commission and also the investigation officer of the case, produced him before the court seeking a seven-day remand.

Earlier on November 12, the Anti-Corruption Commission filed a case against Samrat, one of the casino kingpins in Dhaka, for amassing wealth worth Tk 2.94 crore through illegal means.

He came under the spotlight after Rab busted his illegal casino business at different sporting clubs in Dhaka and later he was expelled from the Jubo League following his arrest.