Crackdown on hoarding: 42 sacks of onion seized in Laxmipur 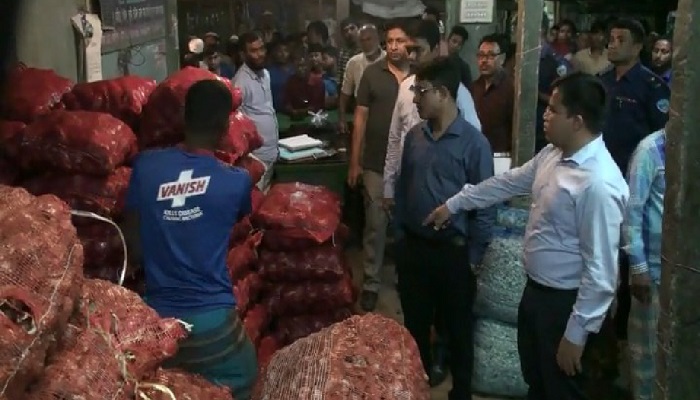 Members of National Security Intelligence (NSI) seized 42 sacks of onion from a warehouse at Gengihata of the district town on Saturday night.

Acting on a tip-off, an NSI team conducted a drive at the warehouse of Moinuddin Store around 8pm and seized the onion which was hoarded illegally.

Sensing the presence of law enforcers, the warehouse owner fled the scene.

Meanwhile, the mobile court fined Tk 1,000 to Kartik Store for selling onion at Tk 220 per kg, the UNO said.