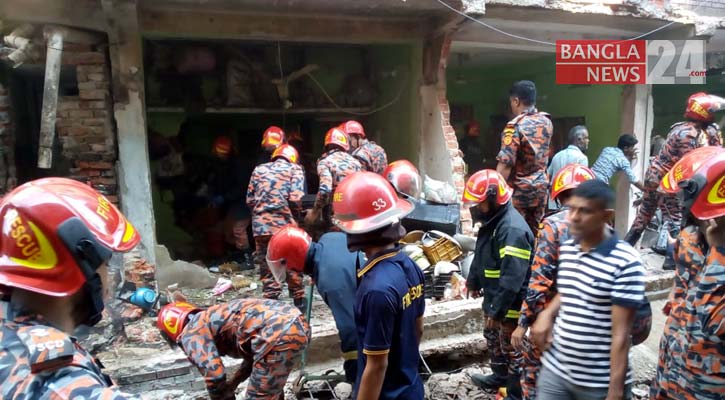 At least seven people were killed as a gas pipeline exploded in Patharghata area of Chattogram city on Sunday morning.

The identities of the deceased--four men, two women and a baby boy-- could not be known yet. 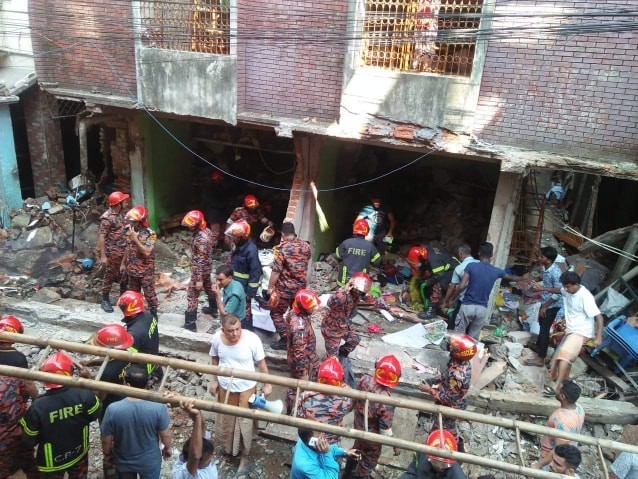 Mohammad Mohsin, officer-in-charge of Kotwali Police Station, said the gas pipeline in front of five-storey Barua Building at Brick Kiln Road exploded with a big bang around 8:45am.

Witnesses said walls of the building were blown off following the explosion, killing seven people on the spot.

The gate of the nearby building and a microbus at its garage were also damaged, they said.

On information, police and firefighters rushed in to carry out the rescue operation.

The injured were taken to Chattogram Medical College Hospital.

The victims include residents of the building and the passersby.

Meanwhile, the district administration formed a five-member probe body to look into the incident.

Deputy Commissioner of the district Md Elias Hossain who visited the spot in the morning said the probe panel formed with additional deputy commissioner as its head was asked to submit its probe report within the next seven days.

A representative of the Fire Service, Chattogram City Corporation and Chittagong Development Authority each was also included in the committee.

The DC also announced to provide Tk 20,000 to families of the deceased each.

He said the district administration and the city corporation will bear the cost for the treatment of the injured.