UP member held for raping schoolgirl in Noakhali 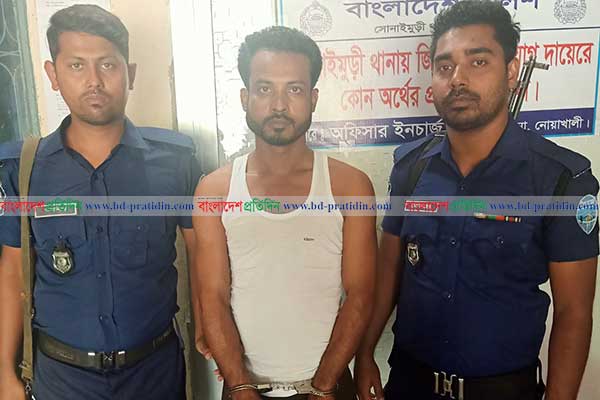 Police arrested a union parishad member in Sonaimuri upazila of Noakhali district on Friday night on charge of raping a 16-year-old schoolgirl alluring her with a promise of marriage.

The arrestee was identified as Mosharraf, 38.

According to case statement, Mosharraf took the girl to his aunty’s house in Matiranga upazila under Khagrachari district and raped her for three days.

Confirming the news, Officer-in-charge (OC) of Sonaimuri police station Abdus Samad, said a case has been filed in this regard.

The victim girl has been sent to Noakhali General Hospital for medical checkup, he said.