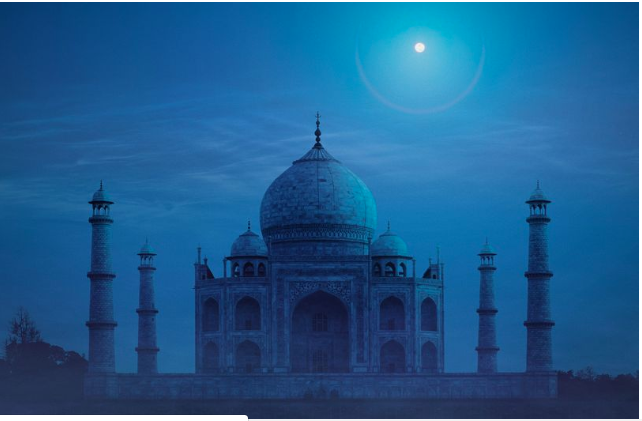 The Taj Mahal is set to extend its opening hours so that tourists can visit it at night-time, local authorities have revealed.

Currently the iconic Indian landmark is open daily from 10am to 6pm, except for Fridays, but a new venture is looking to keep the tourist site open for longer in a bid to try and manage the crowds of visitors.

The project could include adding more lighting around the site to help tourists find their way when the sun has set.

At the moment it is possible to visit the Taj Mahal for night-time sightseeing, but there are some restrictions.

For a start, these night-time slots are only available for five nights a month; a full moon night as well as the two nights before and the two nights after.

Even then, only 400 visitors are allowed entry and divided into groups of 50 people.

The potential new opening hours come after a new ticketing system was introduced at the landmark, limiting tourists to three-hour slots to explore the iconic UNESCO World Heritage Site .

In fact, those who exceed their allocated time limit could face extra fees by having to buy a completely new ticket when they leave.

The new system was introduced in a bid to combat over-tourism and manage the crowds descending on the iconic white marble mausoleum.

The breathtaking landmark built by the Mughal Emperor Shah Jahan after the death of his beloved wife Mumtaz Mahal.

The Taj Mahal has been listed as a World Heritage Site since 1983, and welcomes millions of visitors every year.