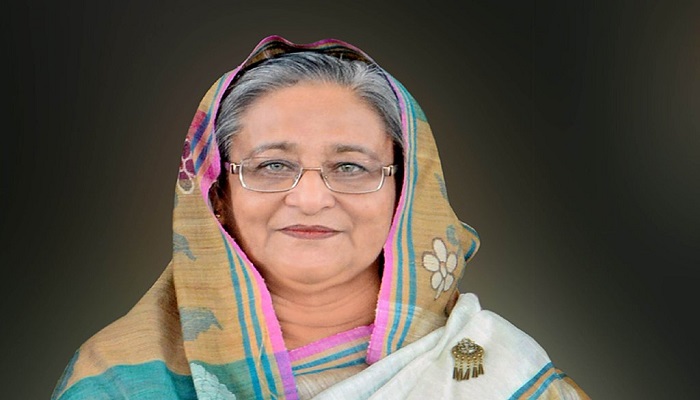 Sheikh Hasina will attend the air show on Sunday at the invitation of Vice-President and Prime Minister of the UAE, and Ruler of Dubai Sheikh Mohammed bin Rashid Al Maktoum.

An Emirates flight carrying the Prime Minister and her entourage departed from Hazrat Shahjalal International Airport at 6:45pm.

The flight is scheduled to land at Dubai International Airport at 10:10pm (local time). Bangladesh Ambassador to the UAE Muhammad Imran will receive the Prime Minister at the airport.

During her visit, Sheikh Hasina will stay at Shangri-La Hotel in Abu Dhabi.

On Sunday, she will join the opening ceremony of the Dubai Air Show 2019 at Dubai Al Maktoum International Airport (also known as Dubai World Central) at 10am. She will later enjoy the flying display there at 2pm (local time).

The Prime Minister will attend a dinner to be hosted by the Bangladesh ambassador to the UAE in her honour at 7:30pm on the same day.

During her visit to the UAE, three bilateral cooperation documents are expected to be signed, said Foreign Minister Dr AK Abdul Momen.

Sheikh Hasina is also expected to have a meeting with big UAE investor groups and business leaders.

She is expected to inaugurate an NID registration programme for non-resident Bangladeshis living in the UAE at the Bangladesh Embassy in Abu Dhabi, said the Foreign Minister.

On Tuesday afternoon, the Prime Minister will leave Dubai for Dhaka by an Emirates flight wrapping up her four-day visit to the UAE.

Bangladesh Ambassador to the UAE Muhammad Imran will see her off at Dubai International Airport.

The flight carrying Sheikh Hasina is scheduled to land at Hazrat Shahjalal International Airport at 11pm on Tuesday.