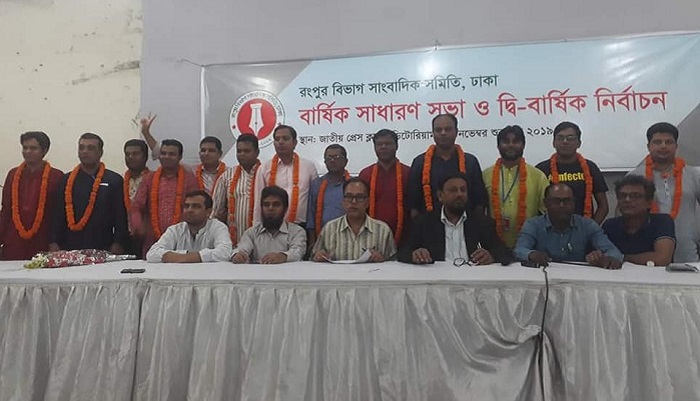 The election was held at the auditorium of Jatiya Press Club in the capital this afternoon after the end of the AGM that started in the morning and continued till 1:30 pm.

Manik Muntasir and Hilali Wadud Chowdhury were elected Vice Presidents of the organization for the next two years getting 147 and 70 votes respectively.

Sirazus Salekin got 140 votes and was elected as the Treasure, Emon secured 125 votes to clinch the Organising Secretary post. Arif Chowdhury Polash was made Cultural secretary, he got 112 votes.