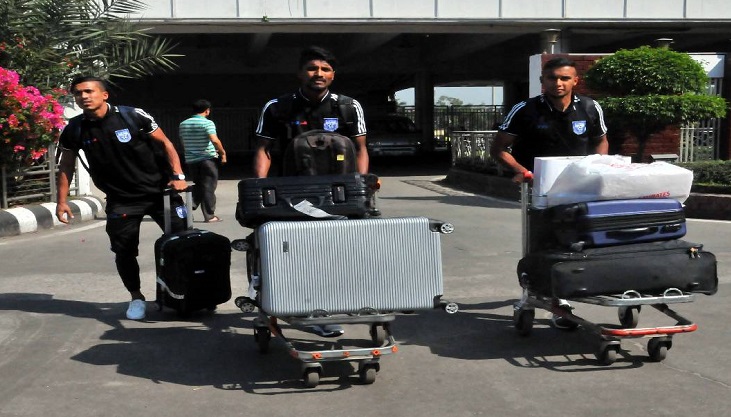 A 31-member Bangladesh National Football team returned Dhaka on Friday after playing their away match of the joint qualification round for FIFA World Cup 2022 and AFC Asia Cup 2023 against Oman at the Seeb Sports Stadium in Al Seeb city of Oman on Thursday, reports UNB.

Bangladesh, put in Group E of the AFC Cup with Qatar, Oman, Afghanistan and neighbouring India, conceded a 1-4 goals defeat against upper-ranked Oman in their away match on Thursday.

The red and green team started their campaign with a 0-1 goal defeat against Afghanistan in the 1st match in the Tajik capital of Dushanbe on September 10, conceded a 0-2 goals defeat against Asian champions Qatar in the 2nd match in Dhaka on October 10 and played to a 1-1 draw against India in their 3rd match in Kolkata on October 15.