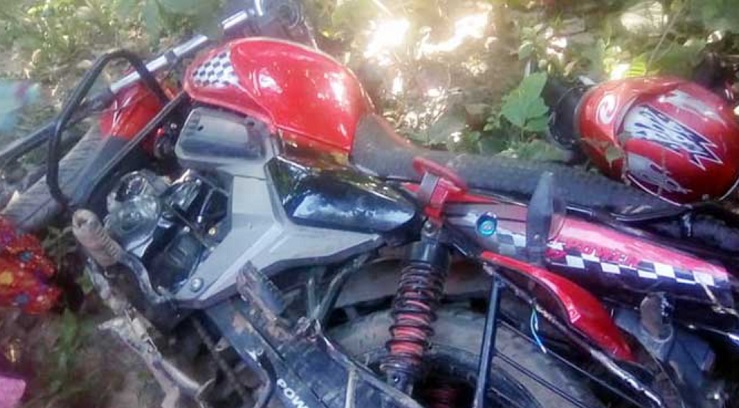 Two motorcyclists were killed after being hit by a train at Mondolbhog village rail crossing in Katiadi upazila of Kishoreganj on Friday, reports UNB.

The deceased were identified as Borhan Uddin, 35, and Abdul Hamid, 50, a science teacher of Mirzapur Shaheed Alauddin High School.

Witnesses said Borhan defied the signal and tried to cross the rail line around 2pm. Abdul was killed on the spot when Dhaka-bound inter-city Egaro Sindur Express hit the motorcycle.

Abdul Kayum, a witness, said there was no gateman at the rail crossing.

Abdur Rahman Biswas, officer-in-charge of Kishoreganj GRP Police Station, said at the request of the family members of the victims, they will be buried without autopsy.