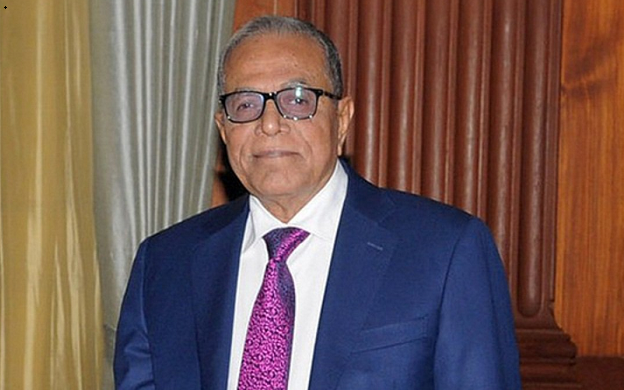 President Abdul Hamid on Friday returned to Bangladesh from Nepal after a four-day visit at the invitation of his Nepalese counterpart Bidhya Devi Bhandari.

A farewell ceremony was held at the airport area where Bidhya Devi Bhandhari saw off President Hamid.

Road Transport and Bridges Minister Obaidul Quader, Home Minister Asaduzzaman Khan Kamal, the dean of diplomatic corps, chiefs of the three forces, Principal Secretary to the Prime Minister, Inspector General of Police, senior civil and military officials were present at the airport to receive the President.

During the trip, Foreign Minister of Nepal Pradeep Kumar Gyawali called on President Hamid at hotel Marriott Kathmandu on the day of his arrival.

President Hamid visited the Unesco heritage site Bhaktapur Durbar Square and various temples in Kathmandu on the first day and joined a dinner hosted by Ambassador of Bangladesh to Nepal at Bangladesh House of Bansbari in Kathmandu.

Besides, a bilateral meeting between the Presidents of the two countries was held on the same day at Sital Niwas (Presidential House) of Nepal.

Abdul Hamid also visited Pokhara on November 14 and enjoyed the beautiful view of the Himalayas.

Secretaries concerned to the President and his family members accompanied him.