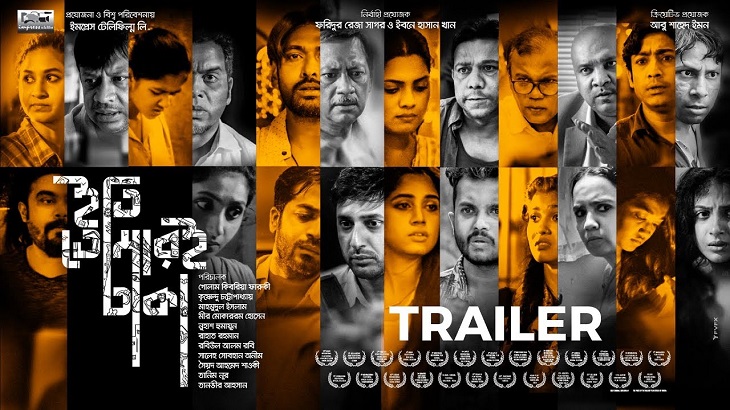 ‘Iti Tomari Dhaka’, the first anthology film of the country, has been released on 15 local theatres nationwide today (Friday).

The story of the film goes through many complications and crisis of Dhaka city’s youth. It has 11 different stories of 11 young filmmakers. So, it is called the first anthology film in Bangladesh.

The film has made some successful rounds of many different international film festivals across the globe, including the 23rd Busan International Film Festival (a window of Asian Cinema Section, World premiere), Indonesia (Asian perspective section) and 9th Asian Film Festival, Pune (Official Selection), among others.