Government to import onion by air cargo on emergency basis 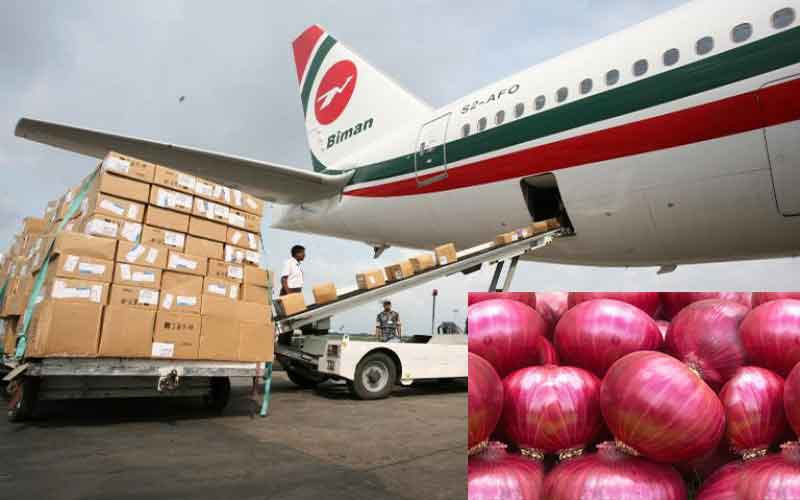 The government has taken a decision to import onion from other countries by air on emergency basis from Sunday as price of key cooking ingredient skyrocketed to Tk 250 per kg in the domestic market on Friday, breaking all the previous records and triggering outrage among consumers.

The secretary said that the state-run Trading Corporation of Bangladesh (TCB) and private organisation S Alam Group will import the onions by air cargo initially.

“Importing onion by air cargo will continue until the price of the essential cooking ingredient come down to normal level,” he said.

Onion price has been on an upward trend over the last few months, but the latest spell has put the common people, especially the low, middle and fixed income groups at a difficult state.

Prices of local onion has increased by 340 per cent and the price of imported onion jumped by 416.67 per cent compared to the same time last year, according to Trading Corporation of Bangladesh (TCB) data.