Man crushed under train in Gazipur 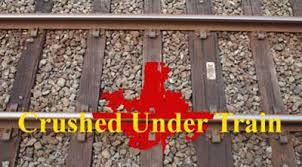 A middle-aged man was crushed to death under the wheels of a train at Morkun area in Gazipur on Friday morning.

The deceased was identified as Salauddin Biplob, 50, son of Sobhan Mia, from Kabutarmari area of Nakla Police Station in Sherpur.

Md Rafiqul Islam, sub-inspector of Tongi Railway Police Outpost, said that the train hit Salauddin while he was crossing the Dhaka-Joydebpur railway line at the area, leaving him dead on the spot.

Later, police recovered the body and sent it to Dhaka Medical College and Hospital (DMCH) morgue for an autopsy on information, he said.