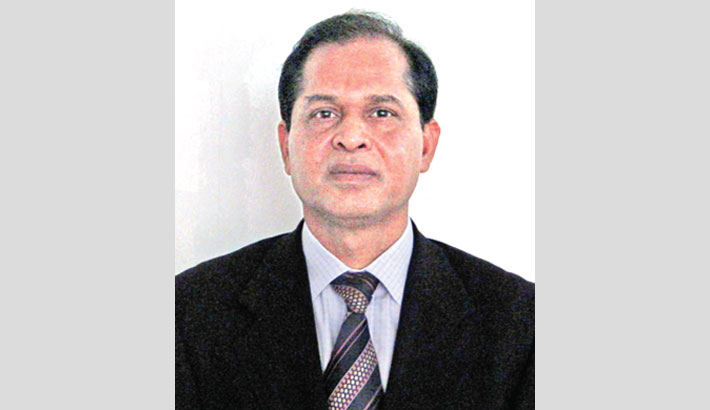 A report titled ‘Remittance inflow rises by 20pc’ published on this daily on 6th of this month has said that due to the government’s decision of 2 per cent incentive on the remittance sent through formal banking channel has showed an increase of 20 per cent in the remittance inflow during July-October period of FY 2019-20. We extend our deep appreciation to the authorities concerned for taking this decision, which will ultimately strengthen our economy. We expect that all Bangladeshi expatriates would be encouraged and will avail this opportunity while remit their savings to Bangladesh. Truly speaking, this decision could have been taken much earlier.

On this page, I have written an article on the cost of remittance on 5 April 2019 in which I placed a few recommendations and ‘providing some incentive’ was one of those. That’s why this decision of our government has brought to me something praiseworthy initiative for peoples’ welfare. I personally extend my sincere thanks to our government for this decision. One should not have any doubt that this incentive would continue increasing our remittance. We know that remittance plays a crucial role in our livelihood. And the obvious impact would be on the financial capability of the recipient families and as a whole on the country’s overall development.

The remittance data, as mentioned by Bangladesh Bank, shows that Bangladesh has received US$6.15 billion for the July-October 2019 period, whereas the amount for the same period of last year was US$5.11 billion. It means, the remittance has increased 20 percent during that period.

According to the Bureau of Manpower Employment and Training (BMET), Bangladesh has received US$15.55 billion as remittance in 2018 and US$15.07 billion (up to October) in 2019. If such increase continues, our remittance might exceed US$20 billion this year.

We assume that around 40 per cent remittance comes through illegal channels, particularly using widely known way ‘hundi’. This incentive will, of course, reduce the number of illegal channels users. In this context, I would like to mention that we have three categories of our expatriate remitters: (1) legal migrant workers, (2) undocumented migrant workers and (3) professionals and foreign passport holders/citizens. Among these three, Bangladeshi migrants working with illegal status face difficulties in sending their money through official channel, because they do not posses any legal document to produce while wishing to remit using official channel. Therefore, a certain per cent of our expatriate workers (where we have undocumented migrants) remain out of this opportunity. The other two categories can only avail this incentive facility. However, nobody could guarantee that a good number of these expatriates will not use unofficial channels to remit their money for other reasons, including money laundering.

Well, the ‘2 per cent incentive’ is a very appreciating initiative of the government to attract our expatriates for using official channel while remitting their money to Bangladesh. There is no doubt that it will provide a good financial benefit to the remittance receiving families. But what is about the cost of remittance? Does not it have any impact on reducing the remittance inflow? We know that people prefer ‘hundi’ as there is no charge to send the money and they get better exchange rate also. Though, this ‘incentive’ will provide the beneficiaries a better change rate than before, but one has to pay, more or less, some charges while remitting money through official channel.

I believe, our authorities are well aware of the cost of remittance that our expatriates have to bear and they might have some positive thoughts about it. Normally, cost of remittance constitutes the fee charged by bank/official agent for sending a certain amount, i. e., the direct or visible cost of remittance. A bank/exchange house also takes the benefit from the margin of the exchange rate, i. e., the sending bank or exchange house put upper exchange rate of US dollar while taking local currency from the remitters. Even, the charge goes higher when component fees are charged if multiple channels are used in the delivery. These issues are still there and we have to address those, if we really want further improvement of our remittance earnings.

I have mentioned in my earlier article some recent developments in this sector. In fact, Tencent and Alibaba, two conglomerates of China’s leading technology firm Fintech, are engaged in the international remittance market by targeting Filipino workers based in Hong Kong.  Accordingly, Tencent has signalled that it would make the cost of remittance cheaper in near future, while Alipay’s aim to bring the transaction cost nearly to zero. Our government might have already established some communication with them, or is going to discuss with them. It would be another appreciating initiative of the government if the transaction cost of remittance could be brought nearly to zero.

According to World Bank data for the quarter ended June 2018, the average cost of remittance has already come to 3.20 per cent. However, the United Nations Sustainable Development Goals (SDGs) have targeted the same global 3 per cent transaction cost as achievable by 2030.  The present decision of ‘incentive’ of our government would be a milestone in the history of remittance. It will have certainly very positive impact on our remittance inflow. If we take further initiatives on other related issues, we would not be surprised that the cost is reduced further down below 3 per cent soon. Can’t Bangladesh be the first country to achieve that target well ahead of the schedule as fixed by the UN? Yes, we can do that and Bangladesh might be able to set an example to the world.

I am confident that our authorities would look into the issue seriously and take more initiatives, like the ‘incentive’, so that our expatriates are attracted and encouraged to use official channels while remitting their hard-earned currencies to Bangladesh.  In this context, I would like to request our authorities to consider the followings- (a) a nominal charge to be fixed for the banks/foreign exchange houses; (b) fix a middle exchange rate at the sending ends of the remittance; and (c) go for some agreement/collaboration with companies like Tencent or Alibaba.