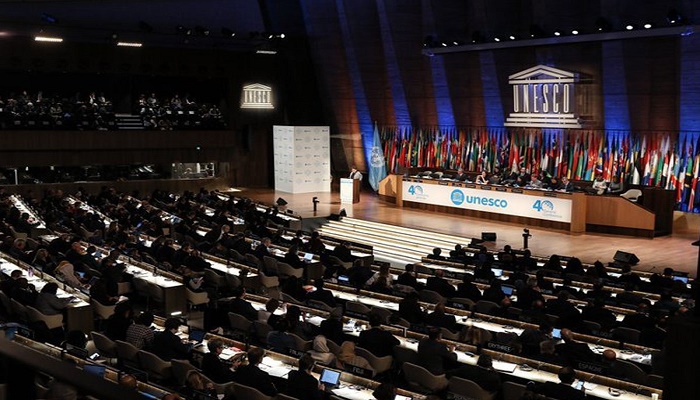 India has slammed Pakistan for its ‘juvenile propaganda’ over the Supreme Court’s verdict in the Ayodhya Land Dispute and the abrogation of Article 370 of the Constitution in Jammu and Kashmir, charging Islamabad with interfering in India’s internal affairs, reports The Statesman.

“Mr President, we take this chair to refute Pakistan’s juvenile propaganda to malign India through fabricated lies, full of deceit and deception,” an Indian official said while exercising India’s ‘Right of Reply’ at the 40th session of UNESCO’s General Conference underway in France’s Paris.

She said Pakistan’s lack of comprehension was not surprising given its pathological compulsion to comment on India’s internal affairs with the obvious intent of spreading hatred.

Her remarks came after Pakistan Education Minister Shafqat Mahmood denounced the Indian Supreme Court verdict on Ayodhya saying it was not in line with UNESCO’s values of religious freedom.

Slamming Pakistan for its rhetoric on Kashmir, the Indian official said, “The Union territories of Jammu and Kashmir and Ladakh have always been ours and shall always be an integral part of India and this includes the territory that is currently under the illegal and forcible occupation of Pakistan.”