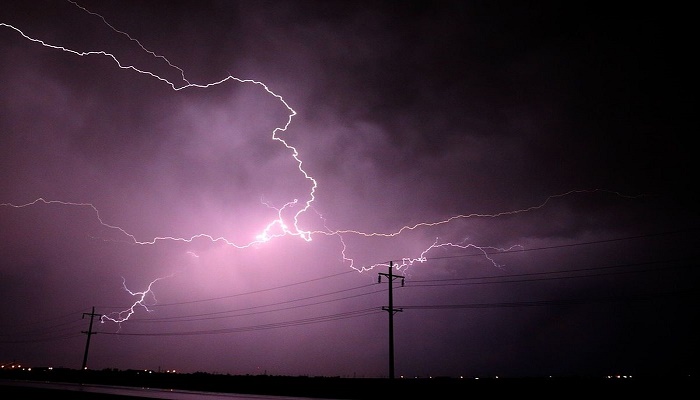 At least 20 people were killed after lightning hit rural areas following heavy rains in Pakistan’s Sindh province, according to reports on Friday.

There were also reports of hundreds of animals that have perished in the lightning strikes and fire that followed in the affected areas.

All the victims were rushed to hospitals in Mithi, Islamkot and Chhachhro towns.

According to authorities, the toll was likely to increase.

In 2007, lightning killed up to 30 people after it struck a remote mountain village in northwestern Pakistan.

In 2016, at least seven people, including two children and four women, were killed as lightning struck their house near Puran Chowk area of Punjab’s Khushab district.

A lightning strike is an electric discharge between the atmosphere and an earth-bound object. They mostly originate in the thundercloud and terminate on the ground, called cloud to ground (CG) lightning.