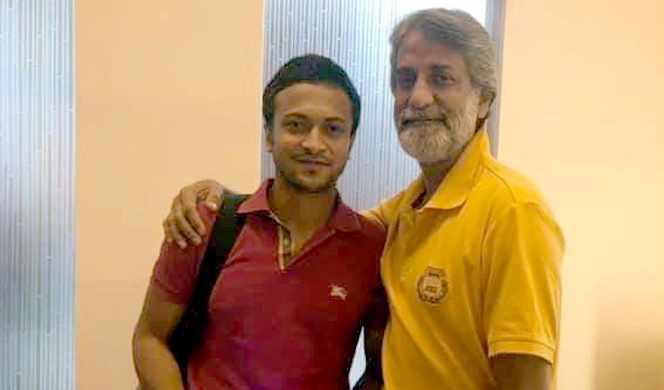 Shakib Al Hasan, who was banned by the International Cricket Council (ICC) for failing to report corrupt approaches made to him, reached Saudi Arabia to perform Umrah Hajj on Thursday.

Bangladesh Cricket Board’s (BCB) logistic manager Wasim Khan confirmed the news. He uploaded a photo with Shakib on his Facebook page at around 1:00am on Friday where he wrote “Shakib Al Hasan leaves for Jeddah to perform Umrah. Best wishes for him.”

Shakib Al Hasan was banned for two years (suspended sentence of one year) by the ICC for failing to disclose the approaches made to him by known cricket bookie Deepak Agarwal.

The all-rounder accepted the charge leveled against him and admitted his mistake. “I would keep in mind the implications of my mistake and I would also keep a watch that no one else commits such an act,” Shakib has been quoted as saying.