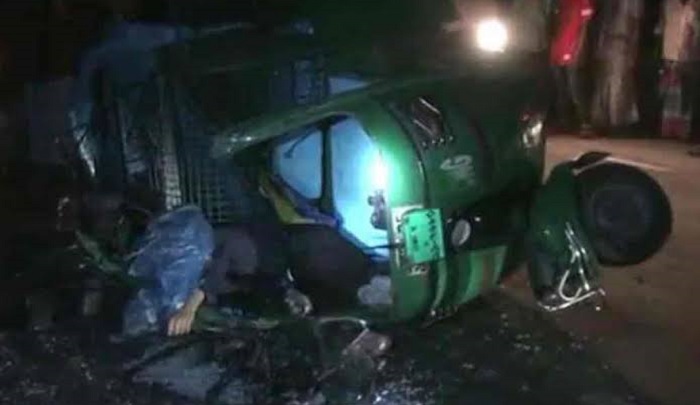 Three people including a father and his daughter were killed in a road accident in Kapasia upazila of Gazipur district on Thursday evening.

The deceased were identified as Sohel Mia, 55, his daughter Ruma, 5, and Mazaharul Islam, 30, Deputy Assistant Agricultural Officer of the Upazila Agricultural Extension Office and son of Mosleh Uddin Molla of Taragaon Dakkhinpara village.

The casualties were taken place when a speedy bus and a CNG driven three-wheeler collided head-on at Birujli on Kapasia-Tok road.

Quoting locals, police said Sohel Mia of Aralia village under Tok union, along with his wife and three daughters was going to Gazipur by a CNG driven three-wheeler. On the way to Gazipur, the three-wheeler collided head-on with a Kishoreganj bound passenger bus of Jalsniri Paribahan (Dhaka Metro-B-14-3751).

Rafiqul Islam, Officer In-charge of Kapasia police station said police seized the killer bus but the driver fled soon after the accident. However, a case is under process for filing.