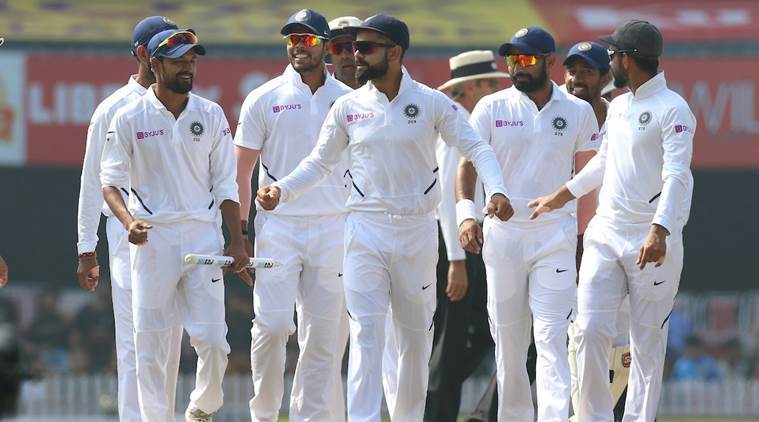 Bangladesh batsmen failed to capitalize on four dropped catches by the Indian fielders as they played mindless cricket to be all out for 150 in their first innings just after tea of the first day of Indore Test on Thursday.

In a pitch that had no demons, Indian bowlers bowled in a disciplined way and ruthlessly, but Bangladesh batsmen dug their own grave by playing wretched shot every time they settled them in the crease.

Mushfiqur Rahim was the highest scorer of the side with 43, after being survived three times on 3, 14 and 34. Mominul Haque on his captaincy debut scored 37. Liton Das added 21 while Mahmudullah Riyad who played the most wretched shot made 15.

For India, Mohammed Shami was the pick bowler with 3-27, including two in a row before the Tea session that triggered the sensational collapse as Bangladesh lost last five wickets for 10 runs.