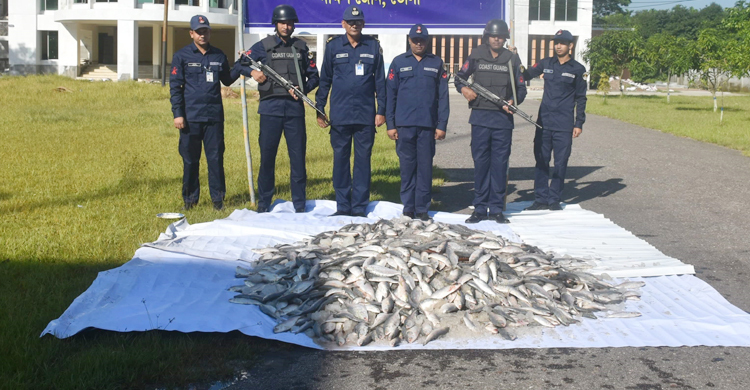 Members of Bangladesh Coast Guard in a drive seized 30 maunds of Jatka (small hilsa ) from two launches in Bhola river under Barishal district on Wednesday night.

The fish traders, however, managed to flee the scene sensing the presence of the Coast Guard members. The seized Jatka were distributed among poor people and different local madrasas and orphanages in the district this morning, he added.

The value of the seized jatka was around Tk 12 lakh, the Coast Guard said.