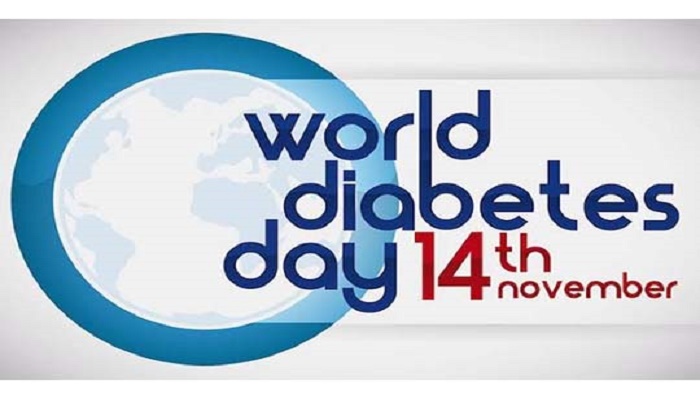 The World Diabetes Day is being observed today (Thursday) in the country as elsewhere in the world in a befitting manner to make the people aware about diabetes.

This year’s theme of the day is “Come, keep our family Diabetes free”, reports BSS.

On the eve of the World Diabetes Day, President M Abdul Hamid and Prime Minister Sheikh Hasina issued separate messages urging all concerned to work together for creating awareness among the people about diabetes.

In his message, President Abdul Hamid said the number of diabetic patients is increasing in Bangladesh like other countries of the world because of changes in lifestyle and food habit and lack of physical labour.

According to the specialists, the number of diabetic patients is also increasing due to unplanned pregnancy, the President said, adding “As a result, diabetes has emerged as a concern for about each family in Bangladesh like other countries across the globe”.

“So, I think this year’s theme of the Day is a time befitting one,” he added.

The President stressed the need for creating awareness to prevent diabetes and called upon Bangladesh Diabetic Association, other private organizations, civil society and media to come forward in this regard.

Prime Minister Sheikh Hasina, in her message, said the Awami League government is implementing a pro-people health policy to ensure the health care services for the countrymen.

“We have set up new medical colleges, dental colleges, nursing colleges, nursing institutes, medical assistant training schools and health technology institutes across the country,” she said, adding that healthcare services and the number of beds in the general and specialized hospitals were also increased in a large scale.

To reach healthcare services to the doorstep of the rural people, about 18,500 community clinics and union healthcare centers were set up across the country, the primer said, adding that 30 types of medicines are being given to the people free of cost.

Sheikh Hasina said the Bangladesh Diabetic Association is implanting various programmes on preventing diabetes and creating awareness on this disease. The association has launched service centers across the country, including the capital to provide free medical checkups to pregnant mothers, she added.

Both the President and Prime Minister wished all the day’s programmes a success.

Diabetics Association of Bangladesh and other organizations arranged different programmes to mark the Day.

According to the latest International Diabetes Federation (IDF) figures, there are currently 425 million people living with diabetes and the total is expected to rise to 629 million by 2045.