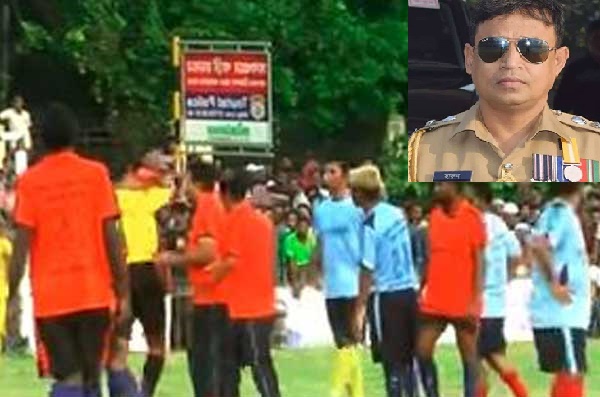 A video of former Narayanganj superintendent of police (SP) Harun Or Rashid, some other cops beating a referee during a football match in Sonargaon upazila of the district went viral on social media.

In the video, a football referee was found fleeing from the field to escape assault form SP Harun and some other police personnel who were in jerseys.

It has been learnt that the video of beating referee was taken on July 29 when a football match took place at a filed in Sonargaon of Narayanganj.

But, the reasons behind the beating could not be known.

Harun, the general secretary of the Police Service Association, has made news headlines several times, first for beating up the BNP's former chief whip Zainul Abdin Farroque during a demonstration in front of the parliament building in 2011.

On November 3, Harun Or Rashid was transferred to the Police Headquarters amid allegations of trying to extort a businessmen, and framing him and his driver in two cases.