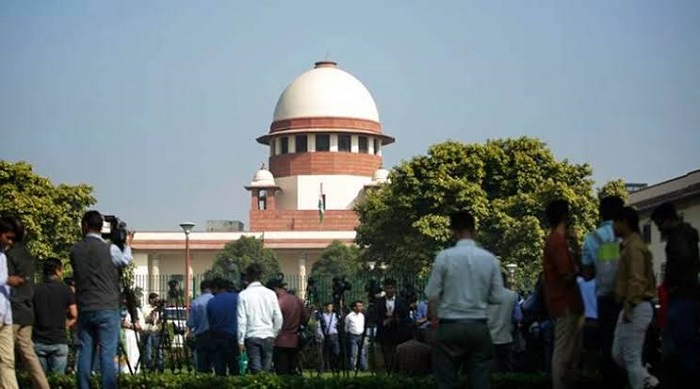 The order, therefore, allows all the disqualified MLAs to contest in the upcoming by-polls. The former speaker had said in his order that the MLAs cannot contest elections until the term of the current assembly ends in 2023.

"We are of the opinion that scope of duty under Article 193 has been discussed, Not making nay observation regarding the merits of disqualification. As such, there is no doubt that disqualification relates to the date when the action takes place. The speaker in the exercise of powers does not have the power to indicate the period for which a person is barred from contesting an election," the three-judge bench of SC said in its verdict.

The top court also said that the speaker acts as a "quasi-judicial authority" and that the scope of the assembly speaker's inquiry is limited to examine whether the resignation of MLAs was voluntary or not.

In a nutshell, the top court has allowed the 17 MLAs to contest in the upcoming by-polls but upheld their disqualification by the former Karnataka assembly speaker.

Seventeen disqualified Karnataka MLAs belonging to Congress and JD(S) had filed petitions after former Karnataka Assembly Speaker K R Ramesh Kumar passed an order to disqualify them ahead of the trust vote in July.

A three-judge bench of justices NV Ramana, Sanjiv Khanna and Krishna Murari had on October 25 reserved its verdict on the petitions filed by these disqualified MLAs.

Bypolls to 15 out of 17 Karnataka assembly seats, which became vacant following the disqualification of MLAs, are scheduled on December 5.

It is worth noting that the Election Commission announced the poll schedule for only 15 of the 17 constituencies. It did not announce by-polls in Maski and Rajarajeshwari segments as petitions are pending in Karnataka High Court relating to the 2018 assembly election in the state.

However, the disqualified MLAs recently approached the top court and asked it to direct Election Commission to postpone the assembly by-polls for the 15 seats till the verdict is pronounced.

Some disqualified MLAs argued in SC that they had an "indefeasible right" to resign as members of the assembly and criticised the speaker's decision to disqualify them.

Appearing for Karnataka Congress during the hearing, senior advocate Kapil Sibal said the matter needed to be referred to Constitution Bench as it is a matter of "grave constitutional importance".

The incumbent Karnataka Assembly speaker V Hegde Kageri had earlier told the top court that he has no difficulty in hearing these 17 MLAs and take a "fresh call" on the issue.

Solicitor General Tushar Mehta, appearing for the office of the Karnataka Assembly speaker, had submitted that under the scheme of Constitution, a lawmaker has a right to resign and the speaker should accept it.