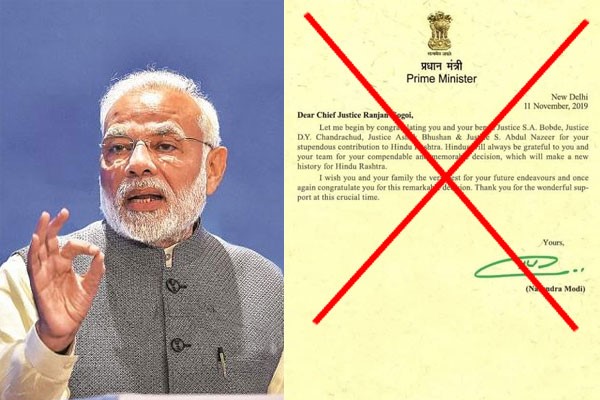 Indian High Commission in Dhaka has clarified a fake letter which is causing misunderstanding about India, says a press release.

The letter is being circulated in some local media, misleading the people of Bangladesh.

“It has come to the notice of the High Commission of India that a letter said to have been written by Prime Minister of India Narendra Modi to Chief Justice of India is being circulated in the local media. The letter is completely ‘fake’ and ‘malicious,” the press release states.

It is intended to mislead the people of Bangladesh and create social disharmony, said the commission in the statement

It is most egregious and wrong on part of those who are deliberately circulating fake and incorrect information to create misunderstanding about India in the public domain, says the statement.