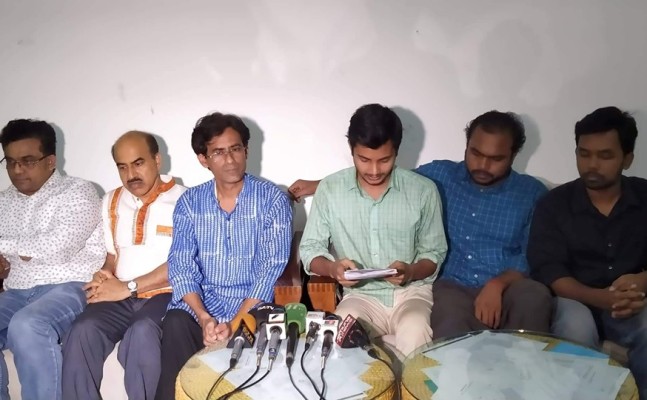 A section of teachers and students of Jahangirnagar University (JU) gave a seven-day ultimatum for the removal of Vice-chancellor Professor Farzana Islam.

The ultimatum was given from a press briefing held at the new Arts Building on the campus on Wednesday.

While briefing the newsmen, Ariful Islam Anik, secretary of Bangladesh Chhatra Union said that they issued the ultimatum for the removal of the VC.

“The university authorities should open all dormitories and continue regular academic activities on the campus,” he said.

“If the VC is not removed by that time, we will declare tougher movement after November 21,” he added.

The protesters also brought out a procession on the campus at around 1:00 am.

Agitating Professor Kamrul Ahsan of Philosophy Department said, “The VC and her cohorts don’t want the university to run smoothly. So, we urge the government to investigate the matter and resolve the crisis immediately.”

Expressing the disappointment, Prof Rayhan Rayine of Philosophy Department, said, “We have been continuing our movement for three months. The UGC and the Minister of Education are yet to form any probe body in this regard, though we have submitted necessary evidences of corruption and irregularities committed by the VC”.