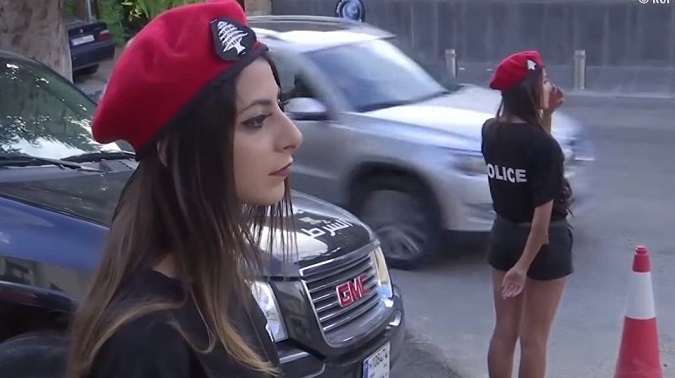 Quiet, leafy Brummana is the centre of an unlikely row in Lebanon this summer, after the town’s mayor insisted that female police officers wear shorts as part of their seasonal uniform.

Pierre Achkar, who is also the president of the Lebanese Federation for Tourism, brought in the policy in June to “make a shock [sic] to attract the international media and to attract the local people and tourists to Brummana”, he told the BBC.

A team of around five young women has now joined the police force of the Christian town about 17km (11 miles) in the hills above Beirut as traffic wardens for the summer, wearing red berets, black T-shirts and black shorts.

While the initiative has certainly attracted attention, not all of it has been positive.

Achkar’s decision to install “pretty” traffic wardens has sparked a debate in the national press and social media over what diverse, modern Lebanon should look like.

Many people have pointed out the shorts policy is discriminatory because men are not also expected to get their legs out at work.

Other critics have said the idea is offensive to more conservative elements of Lebanon’s mixed Christian and Muslim population.

“In trying to lure tourists, to ape the West, you are becoming the ape yourself”, one Twitter user wrote.

“Even women police officers in the West are smartly dressed, what’s the need to expose your women,” said another.

“What a woman wears is of course her own choice. The issue here is it’s not necessarily her choice – it’s being made for female employees by powerful men.”