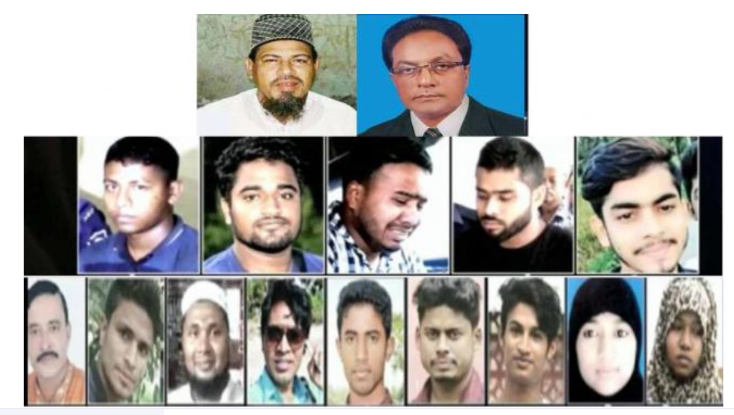 The formal trial in a case filed over sexual harassment of madrasa girl Nusrat Jahan Rafi, who was later burned to death, against her madrasa principal SM Sirajuddoula will now begin on January 29 next.

Judge of the Women and Children Repression Prevention Tribunal Mamunur Rashid passed the order as Shirin Akhter, mother of Nusrat and plaintiff of the case, could not appear before the court on Wednesday for testimony.

The court framed charges against the former principal of Sonagazi Islamia Senior Fazil Madrasa on July 17 under the Women and Children Repression Prevention Act.

According to the case statement, Sirajuddoula sexually harassed Nusrat in his office on March 27 last and the following day her mother filed the case against the principal.

Nusrat was set on fire on April 6 on the roof of a madrasah she attended, allegedly by people loyal to its principal Sirajuddoula whom she had accused of sexually harassing her. She succumbed to her injuries four days later at Dhaka Medical College Hospital.

A tribunal on August 24 last sentenced all the 16 accused, including Sirajuddoula, to death for their roles in killing Nusrat.