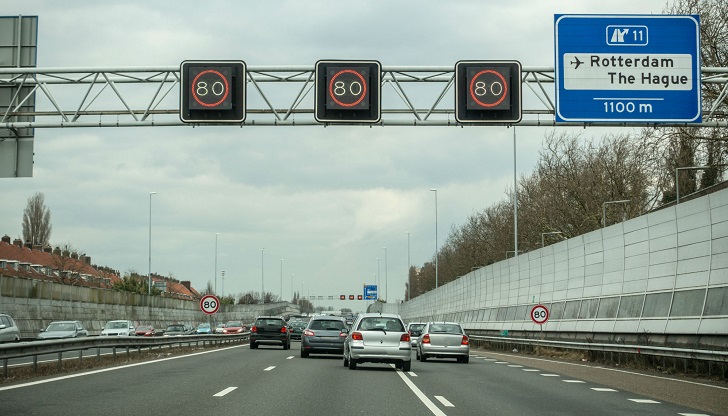 The Netherlands will cut daytime speed limits on motorways to 100 kilometres per hour (60 miles per hour) to deal with a pollution crisis that has sparked protests by farmers, Prime Minister Mark Rutte said Wednesday.

The government is grappling with how to reduce emissions of nitrogen and ammonia after a court ruled earlier this year that its current policies breach European Union rules.

The new speed limit, expected to be introduced in 2020, will be the joint lowest in Europe along with Cyprus. Cars will be allowed to drive at the current limit of 130 kph only at night, between 1900 and 0600.

"No one likes this," Rutte told a press conference, saying it was a "rotten measure".

But he said it was needed "to stop the Netherlands from coming to a halt".

In May a Dutch court ruled that the government was breaching EU rules to protect nature reserves from gases such as ammonia and nitrous oxide.

Major building projects for roads and airports have been put on hold in the eurozone's fifth biggest economy as the government seeks ways to meet the court order.

It has also brought in changes to farmers' working methods, for example for animal feed -- sparking huge protests involving thousands of tractors, one of which caused the country's biggest ever traffic jam.

The new speed limit is partly designed to show the farmers that other parts of society must also take some of the pain of dealing with the crisis, Dutch media said.

The speed limit cut was opposed by Rutte's centre-right VVD party -- which was dubbed the "Vroom-vroom" party after it successfully campaigned to have the national limit raised to 130 kph in 2012.

But Rutte compromised with more environmentally-minded parties in order to preserve his fragile ruling coalition.