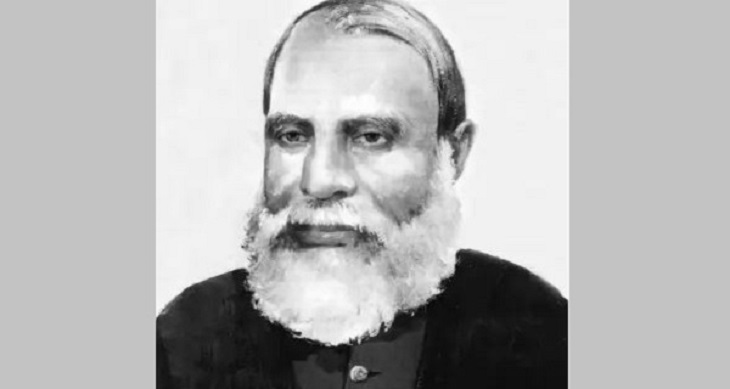 The 172nd birthday of Mir Mosharraf Hossain, author of the novel ‘Bishad Sindhu’, the leader of the Muslim genre of Bengali literature, is being observed on Wednesday.

He was born on November 13 in 1847 at Matulaloy village of Lahinipara in Kumarakhali upazila of Kushtia.

Kushtia District Administration and Kushtia Municipality organised separate programmes at the homestead of the writer in Lahinipara, four kms from Kushtia town.

The event included a discussion, play and a fair.

In the ‘Grambarta Prakashika’, Mir Mosharraf published articles on various topics including literature, philosophy of science, and published stories of the persecution of zamindars and British indigo with the utmost courage.

Mir Mosharraf Hossain won the status of the first modern Muslim prose artist in the history of Bengali literature by writing about 25 prose books including ‘Zamindar Darpan’ based on Indigo Revolt. ‘Mahatma Lalan Fakir’, the first upbringing of the philosophy of Lalan on Baul saint Lalan Fakir, was published in his edited ‘Hitokori’ (1890).

Although born in Kushtia, Mir Mosharraf Hossain’s childhood, juvenility and youth all spent in the Padamati of Nawabpur union of Baliakandi upazila of Rajbari. He also spent the last days of his life in Padamati. His wife Bibi Kulsum also died here. His father Mir Moazzem Hossain and other family members were also buried in the family cemetery at Nawab’s house in Padamati. He breathed his last on December 19, 1911.