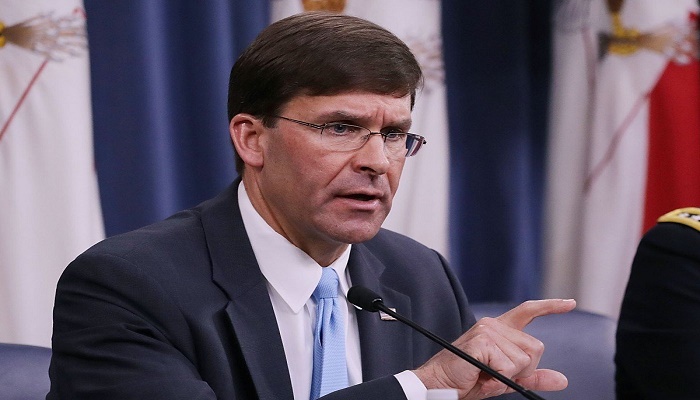 Barely four months into his tenure, Pentagon Defense Secretary Mark Esper is making his second trek across the Pacific.

And yet it is the Middle East - most recently a near-war with Iran and an actual war in Syria - that in Washington commands more attention and demands more American troops, reports AP.

Esper's Asia visits illustrate the central feature of a revamped US defense strategy: Focus first on China as a threat to US global predominance, rather than remain bogged down in a generation-long fight against extremist groups.

Esper was flying to South Korea on Wednesday for consultations on jointly defending against North Korea, whose nuclear arsenal remains a key focus for Pentagon war planners. His weeklong trip is expected to include a meeting in Bangkok with China's defense minister, Gen. Wei Fenghe — their first direct contact other than a Nov. 5 video phone call.

With China's disputed territorial claims in the South China Sea in mind, Esper also will visit Vietnam, a former US enemy, as well as the Philippines, a longtime ally.

The Vietnamese, who contest some of China's claims in the South China Sea, have increasingly looked to Washington as a security partner, despite political differences.

Esper's first overseas trip after winning Senate confirmation in July was to Asia.