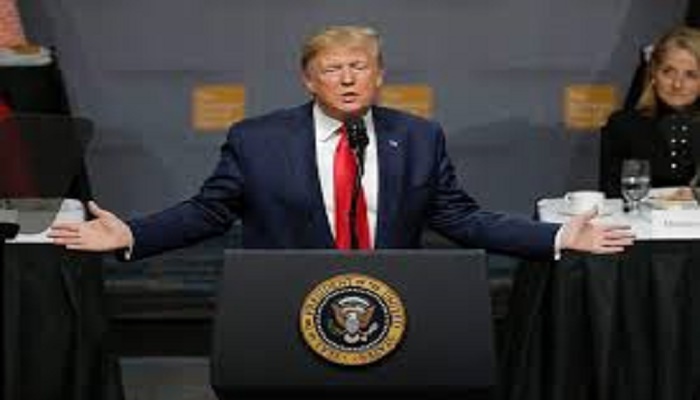 The closed doors of the Trump impeachment investigation are swinging wide open.

When the gavel strikes at the start of the House hearing Wednesday morning, America and the rest of the world will have the chance to see and hear for themselves for the first time about President Donald Trump's actions toward Ukraine and consider whether they are, in fact, impeachable offenses, reports AP.

It's a remarkable moment, even for a White House full of them.

All on TV, committee leaders will set the stage, then comes the main feature: Two seasoned diplomats, William Taylor, the graying former infantry officer now charge d'affaires in Ukraine, and George Kent, the deputy assistant secretary in Washington, telling the striking, if sometimes complicated story of a president allegedly using foreign policy for personal and political gain ahead of the 2020 election.

So far, the narrative is splitting Americans, mostly along the same lines as Trump's unusual presidency.

The Constitution sets a dramatic, but vague, bar for impeachment, and there's no consensus yet that Trump's actions at the heart of the inquiry meet the threshold of "high crimes and misdemeanors."

The country has been here just three times before, and never against the backdrop of social media and real-time commentary, including from the president himself.

Hearings are expected to continue and will shift, likely by Thanksgiving, to the Judiciary Committee to consider actual articles of impeachment.

The House, which is controlled by Democrats, is expected to vote by Christmas.

That would launch a trial in the Senate, where Republicans have the majority, in the new year.