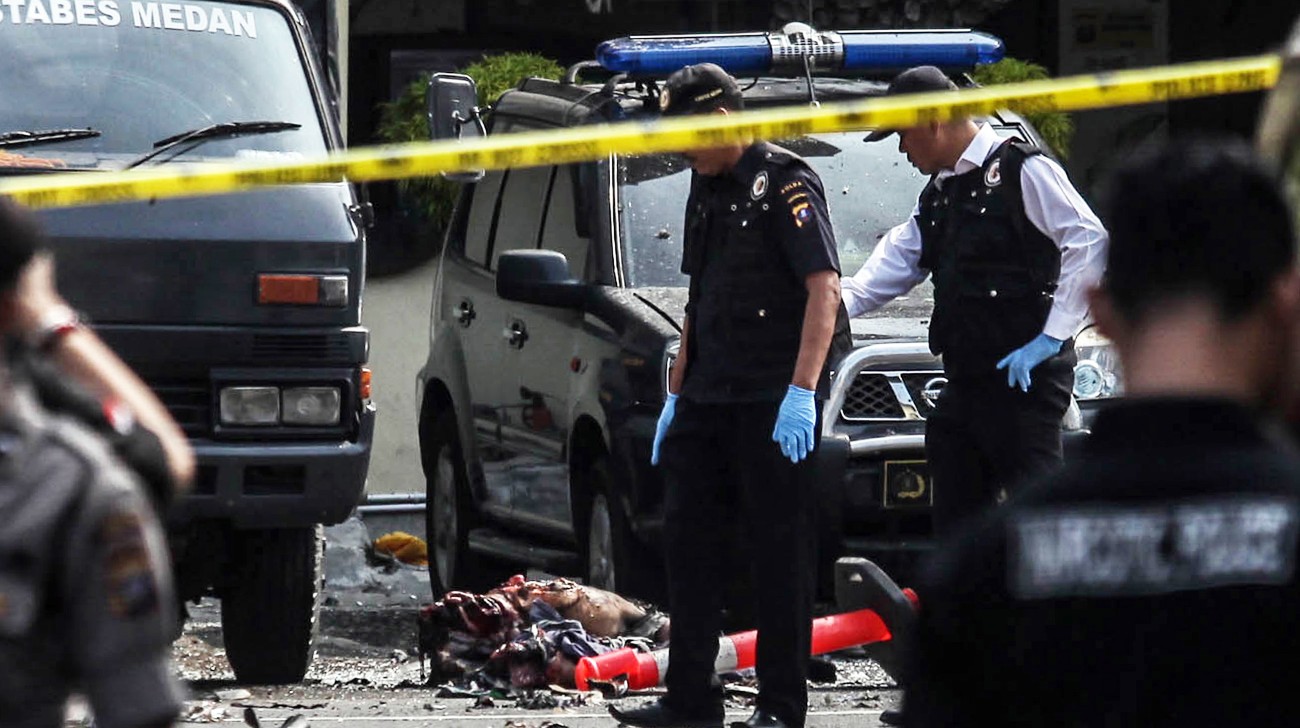 A suspected suicide bombing outside a police station in Indonesia has left at least one attacker dead and six other people wounded, authorities said Wednesday.

The explosion happened around 8:45 am local time (0145 GMT) at the compound in Medan on Sumatra island during morning roll call.

"We suspect this is a suicide bombing with one attacker killed," national police spokesman Dedi Prasetyo told reporters in Jakarta.

He said at least 6 people were wounded, including four officers and two civilians, but that their injuries were not severe.

An Agence France-Presse reporter at the scene saw a body lying on the ground outside the station.

The motive for the attack was not immediately known. But police stations have been frequent targets for radicals in the world's biggest Muslim majority nation, which has long struggled with Islamist militancy.

In August, authorities shot and arrested a militant who attacked officers at a station in Indonesia's second-biggest city Surabaya, while in June another was seriously wounded when he tried to blow himself up outside a police building on Java island.

The pair were later identified as members of Jamaah Ansharut Daulah (JAD), an extremist network loyal to ISIS and responsible for several previous attacks – including deadly suicide bombings at churches in Surabaya last year.