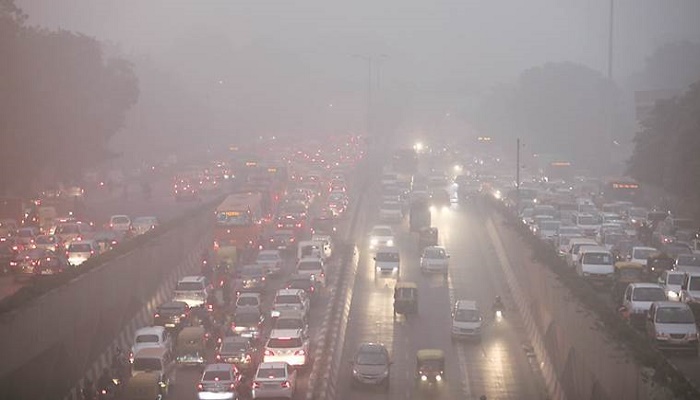 Air quality in Delhi of India and surrounding areas once again turned to "severe" category on Wednesday morning, even as the overall Air Quality Index (AQI) hovered around 500.

Some areas near Delhi like Gurugram in neighbouring state of Haryana witnessed an AQI above 500, posing an "Emergency" situation, reports Xinhua.

Noida, a city in neighbouring state of Uttar Pradesh also recorded an AQI of above 500.

According to media reports, the prevailing air quality conditions in and around the Indian capital may lead to serious health problems like respiratory diseases and even heart ailments.

The main reason attributed to the deteriorated air quality is the burning of crops residues by farmers in northern state of Punjab and Haryana.

Delhi Chief Minister Arvind Kejriwal tweeted on Monday "We should stop stubble burning. People are suffering immensely. The Supreme Court has also directed. Pollution has again started increasing in Delhi due to stubble burning after some respite last week."