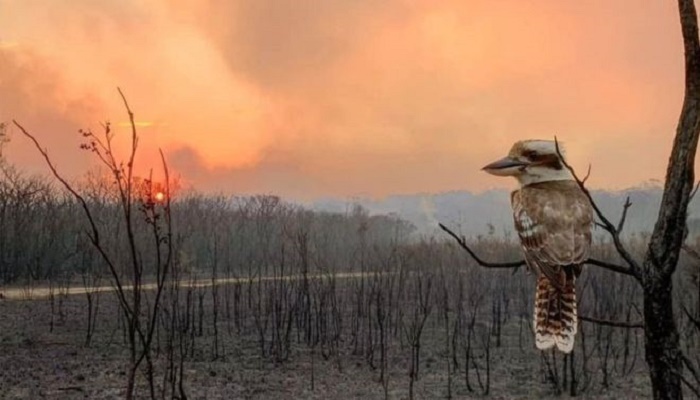 Australian authorities have warned that massive bushfires raging in two states will continue to pose a threat, despite "catastrophic" conditions easing.

About 150 fires are still burning in New South Wales (NSW) and Queensland, feeding off tinder-dry conditions.

Fifty houses were destroyed or damaged in NSW on Tuesday but no lives were lost, officials said. At one point, fires broke out in suburbs of Sydney, reports BBC.

Queensland is expected to face dangerous wind changes on Wednesday.

"The conditions are of concern to us," said Premier Annastacia Palaszczuk, adding that communities were already facing emergency alerts.

The threat in NSW has been downgraded from catastrophic - the highest level - but officials urged residents to remain vigilant.

More than 60 bushfires are burning in the state amid forecasts of high temperatures, volatile winds and dry lightning.

Residents in Noosa North Shore, on the popular Sunshine Coast, were among those to be issued emergency alerts on Wednesday.