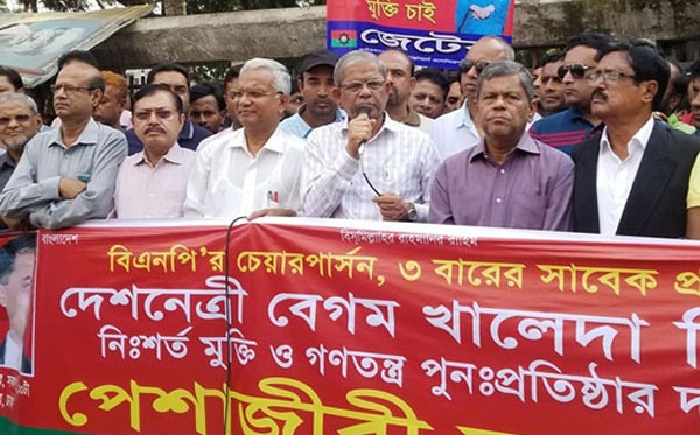 Conveying condolences to the family members of victims of Kasba train accident, BNP secretary general Mirza Fakhrul Islam Alamgir on Tuesday said accidents are taking place repeatedly due to the failure of the government.

“Not only rail accidents, but road accidents are taking place every day. The government has turned to be a failed one,” he said.

He came up with the remarks while addressing a rally of professionals in front of the Jatiya Press Club in the capital.

At least 16 passengers were killed and over 100 others injured in a fatal collision between two trains on Dhaka-Chattogram route in Mandbagh Railway Station in Kasba upazila early Tuesday.