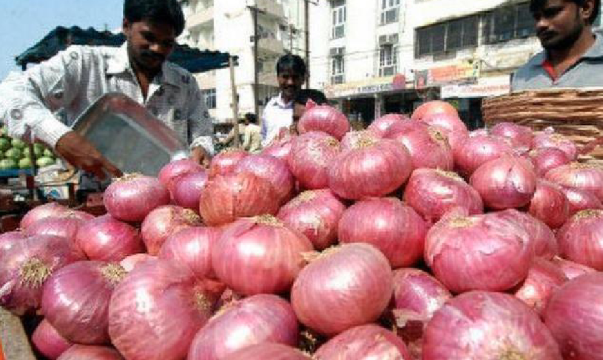 Industries Minister Nurul Majid Mahmud Humayun on Tuesday claimed that the onion price, which had skyrocketed, is now under control.

“I believe the onion market that had gone beyond control is now under control,” he said while responding to a supplementary question from BNP MP Jahidur Rahman in Parliament in absence of Commerce Minister Tipu Mushi.

He said the onion market got overheated due to its short supply caused by India’s export ban following flashflood in the neighbouring country.

“But we’ve brought the situation under control quickly…we’re importing onion from Myanmar and Turkey,” he said.

Majid said it is a lean season for onion and the crisis usually prevails at this time. “Our local onion is yet to hit the market, but it’ll be available in the market within a few days.”

He also mentioned that the import of onion from India has started.

The Industries Minister said the government is conducting mobile court at district and upazila levels to prevent the sale of onion at exorbitant prices. The Directorate of Consumer Rights Protection and other government agencies are monitoring markets across the country.

Replying to a written question from Awami League MP Anwar Khan (Laxmipur-1), he said the annual demand for onion in the country is 24 lakh metric tonnes against the local production of 23.31 lakh metric tonnes.

“Of the produced amount, 30 percent got damaged during harvesting and preservation. That means the total amount stands 16.31 lakh mts. Its deficit is met with import from India.”

But, he said, the onion production suffered seriously due to flood in Maharashtra, India. For that, the export price has been raised to Tk USD 850 from USD 250-300. “Later, they stopped onion export as the price shoots up abnormally. As a result, the price in Bangladesh also saw an uptrend.”

To cool down the market, the minister said, the government has started selling onion in the open market through the Trading Corporation of Bangladesh (TCB).