‘Mural of Bangabandhu’ set up on BSTI premises 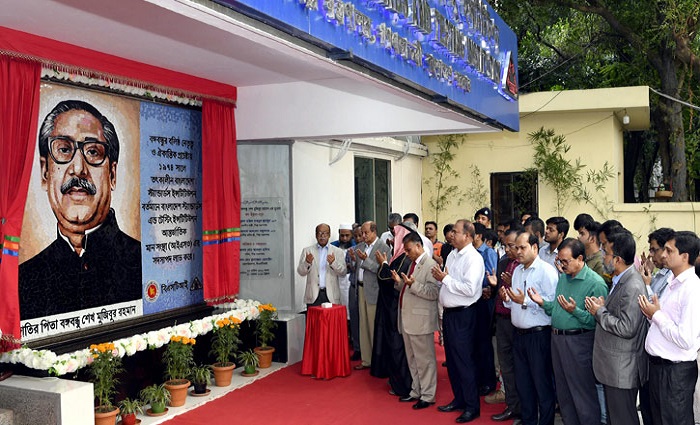 Industries Minister Nurul Majid Mahmud Humayun inaugurated a mural of Father of the Nation Bangabandhu Sheikh Mujibur
Rahman on the premises of Bangladesh Standards and Testing Institution (BSTI) on the occasion of ‘Mujib Year’.

With the sincere efforts of Bangabandhu, BSTI became member of the International Organisation for Standardization (ISO) in 1974, a press release said.

To commemorate the outstanding contribution of Bangabandhu to BSTI, the mural of Bangabandhu was set up at the main office of BSTI in city’s Tejgaon area, it added.

The Industries Minister said BSTI has installed such kind of mural for the first time among the departments or agencies under the Ministry of Industry.

“Ahead of the birth centenary of Father of the Nation Bangabandhu Sheikh Mujibur Rahman, it is a humble expression of the people working in this institution (BSTI) towards the architect of independent Bangladesh,” he said.

Manik Biswas, the maker of the mural, was also present there.